Showcasing the work of a diverse range of acclaimed African American and Black filmmakers, artists, and scholars, the Black Lives on Screen online screening series and discussions will promote and celebrate the rich history, present, and future of Black cinematic expression in the context of an inclusive, educational, and inspiring experience for the entire UI community.

Event Information:
More Mysterious Than Our Desire: Black Film Multitudes
Cauleen Smith (Visiting Faculty, CalArts) screens her experimental short film Chronicles of a Lying Spirit (by Kelly Gabron) (1992) alongside a group of shorts by other Black filmmakers. Selected by Smith and film scholar Michael B. Gillespie (City College of New York and The Graduate Center, CUNY), the program is organized around Blackness as a critical and aesthetic practice. The title comes from a line by James Baldwin in The Devil Finds Work, “[T]he church and the theater are carried within us and it is we who create them, out of our need and out of an impulse more mysterious than our desire.”
Smith and Gillespie will be in conversation with Trevon Coleman (UI-Cinematic Arts, MFA graduate student). 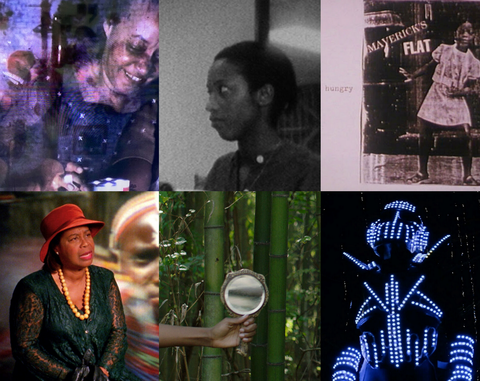 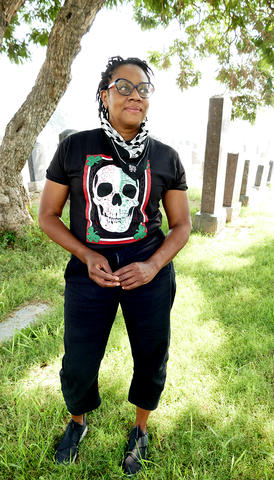 Cauleen Smith (born Riverside, California, 1967) is an interdisciplinary artist whose work reflects upon the everyday possibilities of the imagination. Operating in multiple materials and arenas, Smith roots her work firmly within the discourse of mid-twentieth-century experimental film. Drawing from structuralism, third world cinema, and science fiction, she makes things that deploy the tactics of these disciplines while offering a phenomenological experience for spectators and participants. Her films, objects, and installations have been featured in group exhibitions. Studio Museum of Harlem, Houston Contemporary Art Museum; Yerba Buena Center for Art, and the New Museum, New York, D21 Leipzig and Decad, Berlin. She has had solo shows for her films and installations at The Kitchen, MCA Chicago, Threewalls, Chicago. She shows her drawings and 2D work with Corbett vs. Dempsey.  Smith is the recipient of several grants and awards including the Rockefeller Media Arts Award, Creative Capital Film /Video, Chicago 3Arts Grant, and the Foundation for Contemporary Arts, Chicago Expo Artadia Award, and Rauschenberg Residency. Smith was born in Riverside, California and grew up in Sacramento. She earned a BA in Creative Arts from San Francisco Sate University and an MFA from the University of California, Los Angeles School of Theater Film and Television. 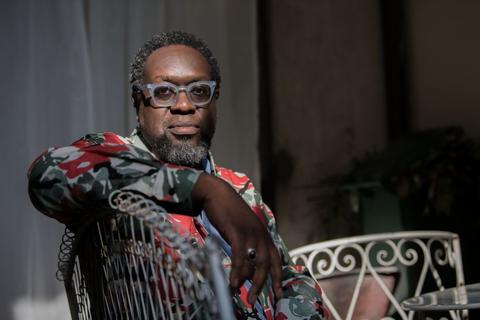 Michael B. Gillespie is a film professor at The City College of New York and The Graduate Center, CUNY. His research focuses on film theory, black visual and expressive culture, popular music, and contemporary art. He is the author of Film Blackness: American Cinema and the Idea of Black Film (Duke University Press, 2016). He is co-editor with Lisa Uddin of Black One Shot, an art criticism series devoted to the art of blackness on ASAP/J; and editor of Crisis Harmonies, a music criticism series on ASAP/J. His recent work has appeared in Black Light: A Retrospective of International Black Cinema, Flash Art, Unwatchable, Film Quarterly, and Ends of Cinema. His current book project is entitled "The Case of the 3 Sided Dream."

Individuals with disabilities are encouraged to attend all University of Iowa–sponsored events. If you are a person with a disability who requires a reasonable accommodation in order to participate in this program, please contact Hope Miller in advance at or hope-miller@uiowa.edu

View on the UI calendar